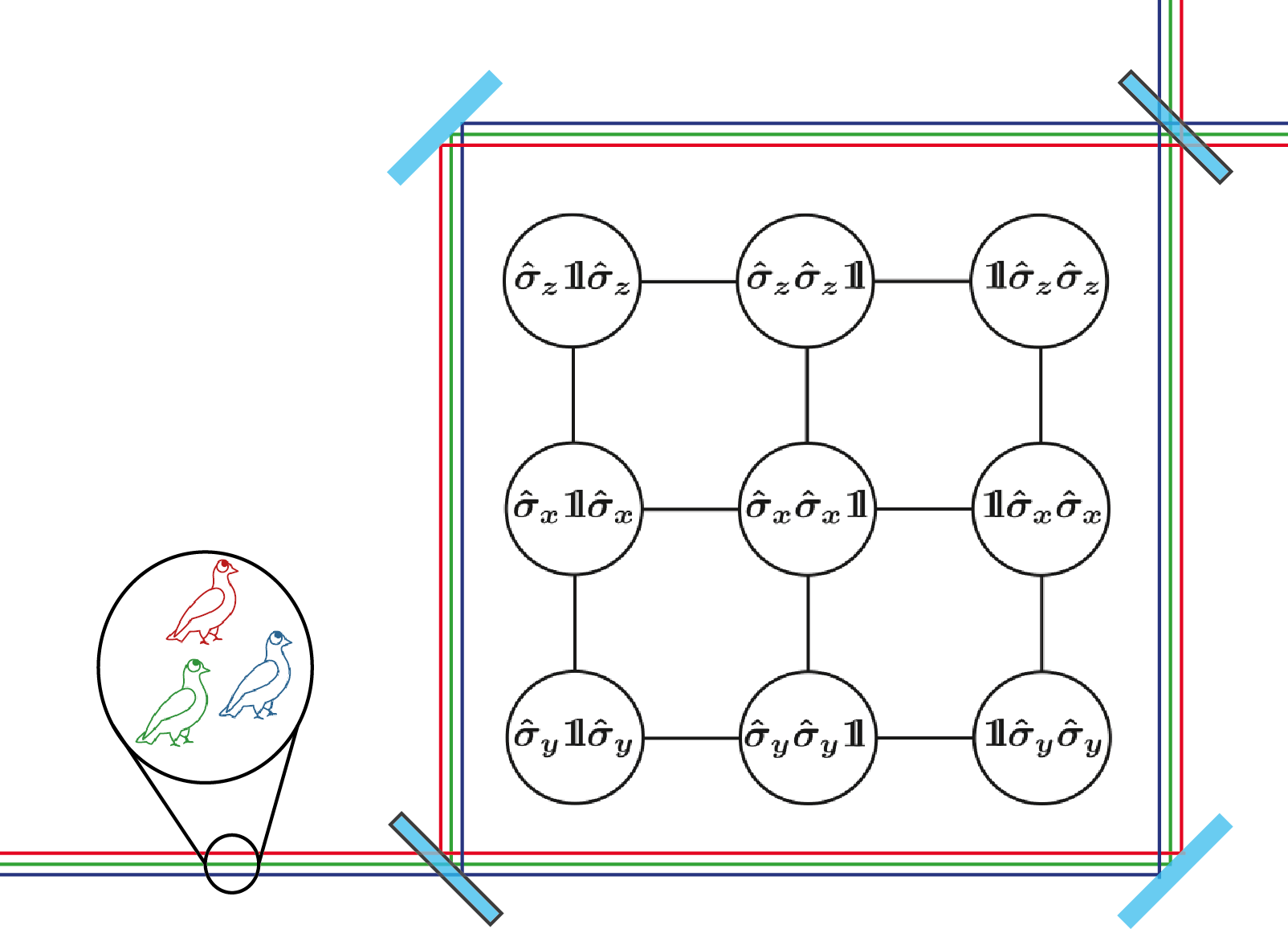 Quantum contextuality, based on the Bell–Kochen–Specker theorem (see here for details) is one of the most counterintuitive aspects of quantum mechanics. However, previous contextuality experiments have only been able to demonstrate the global incompatibility between non-contextual hidden variable theories and the predictions of quantum mechanics, but have not been able to isolate precisely where that incompatibility occurs (i.e., which specific observables in a mutually contradictory set are behaving non-classically). When trying to assign predefined values at least one observable in a set of possible measurements fails to behave classically, but never but it is unknown which observable(s) specifically. If one takes a set of observables together with particular choices of pre- and post-selection, it is possible to localize the contextuality to specific observables. Applying recently developed measurement techniques in neutron interferometry, namely a procedure to weakly measure the neutron’s spin (see here for details), we could show for the first time that quantum contextuality can be confined to specific observables, where it can be explicitly verified with weak measurements of a contextuality witness. Our work explicitly connects three previously disjoint concepts from theory, that is Bell-Kochen-Specker (BKS) contextuality, pre- and postselection paradoxes, and the quantum pigeonhole effect. Our results have now been published in “Physical Review A” 1. 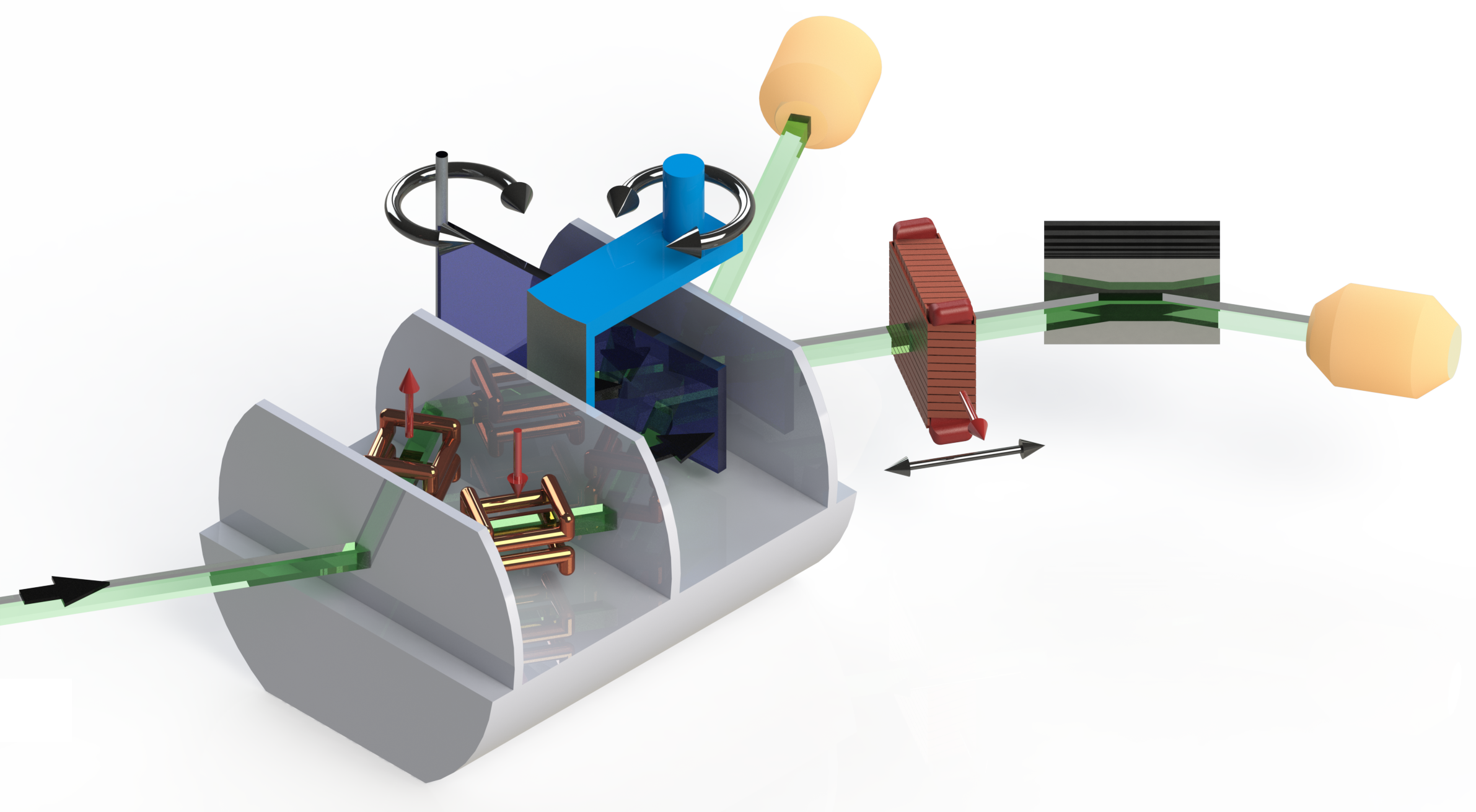 A  schematically illustration of the setup is given above: in our  interferometric experiment, a beam of neutrons emanating from a nuclear reactor is passed through a single-crystal Silicon interferometer. To measure suitable contextuality witnesses, the neutron spins are prepared in a definite spin state prior to entering the interferometer, which is indicated by the black arrow in the illustration above. Inside the interferometer in each beam path the magnetic field produced by a small coil in Helmholtz configuration weakly couples the interferometer path to the spin. Finally, the spin is postselected to a second definite spin state and then measured. We average specific sub- sets of single-spin weak measurements to witness the confinement of contextuality in the form of nonclassical weak values for separable multi-spin systems. The nonclassical weak values are confined to specific observables by the spin preparation and postselections, thus identifying precisely where the contextual behavior appears within the measured set.

In the figure above each row or column (measurement context) of the square, mutually commutes. The very left square indicates that, according to quantum mechanics, the product of the three 3-spin measurement outcomes in each row is +1 , while their product in each column is −1 .  A particular preparation and postselection fixes the values of two rows, as seen in the middle plot. In any noncontextual hidden variable theory, the remaining values must be −1. This confines the BKS contradiction to the top row indicated by the red line, thereby localizing contexuality. This also demonstrates the quantum pigeonhole paradox 5 (see here for experimental details and theory): The pigeonhole principle or  Dirichlet‘s drawer principle (“Schubfachprinzip”), states the following: “If you put three pigeons in two pigeonholes, at least two of the pigeons end up in the same hole.”In our experiment the neutron’s spin take over the role of the boxes. What we finally observe is that all pairs in the row appear anticorrelated, which violates the classical pigeonhole principle. Our weak measurements confirm the paradox, revealing the correlation of each pair to be −0.972 ± 0.132, −1.050 ± 0.140, and −1.020 ± 0.137, from left to right – no two spins out of three can be pairwise found in the same state. For the experimental test of contextually our experiment considered up to  independent neutron spins, which are prepared (pre-selected) in a product state  and post-select onto the product state . Since the predictions of products of  and by a non-contextual hidden variable theory (NCHVT) must be consistent with these boundary conditions, only products involving are left undetermined. By weakly measuring such products, we reveal where value assignments from any NCHVT are inconsistent with quantum mechanics. Experimental details and quantitative results can be found here.