Our experimental research is based on two pillars: our neutron interferometer experiments are carry out at the CRC instrument S18 at the high-flux (60 MW) reactor of the Institut Laue-Langevin in Grenoble, France (left). But we also have our very “own” reactor, namely the 250 kW TRIGA reactor at the Atominstitut – TU Wien, Vienna Austria (right). There we operate the instrument NepTUn (Neutron Polarimeter TU Wien), which is applied for (polarimetric) experiments where no beam separation is required. 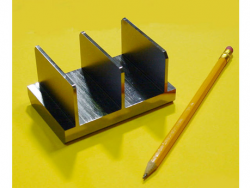 In the interferometer a beam of neutrons—massive particles—is split by amplitude division, and superposed coherently after passing through different regions of space. During this space-like separation (typically a few centimeters) the neutron wave function can be modified in phase and amplitude in various ways. It can be manipulated via nuclear, magnetic, electric, or gravitational potentials. In the IFMs, neutrons exhibit self-interference, since at most one single neutron propagates through the IFM at a given time. 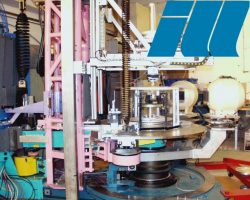 The CRG C instrument S18 is a perfect crystal thermal neutron interferometer which can also be configured as a high resolution Bonse Hart camera (Ultra Small Angle Scattering). This instrument is used for precise measurement of neutron scattering lengths and (mostly) for studies of the foundations of quantum mechanics. 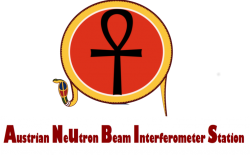 ANuBIS is our silicon perfect crystal neutron interferometer research instrument. It is located exactly on the place (and beam port) where on Jan. 19th 1974 Prof. Rauch and his co-worcers observed the world-wide first interference fringes from neutron matter waves. The instrument has been upgraded continuously over last decades making it a state-of-the-art research tool with various applications, ranging from high-pression measurements to fundamental investigations of the foundations of quantum theory. 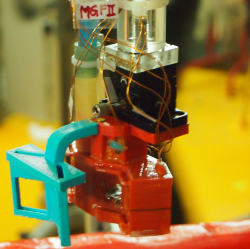 When a neutron beam is exposed to a stationary magnetic field, the motion of its polarization vector—its vector components being the expectation values of the Pauli spin-matrices, is described by the Bloch equation. That precession of the polarization vector about an axis of a magnetic field called Larmor precession, and provides the basis for various neutron optical components of different types.

April 10, 2014 Published by Stephan Sponar We would like to thank all our supporters and sponsors for their continued commitments.