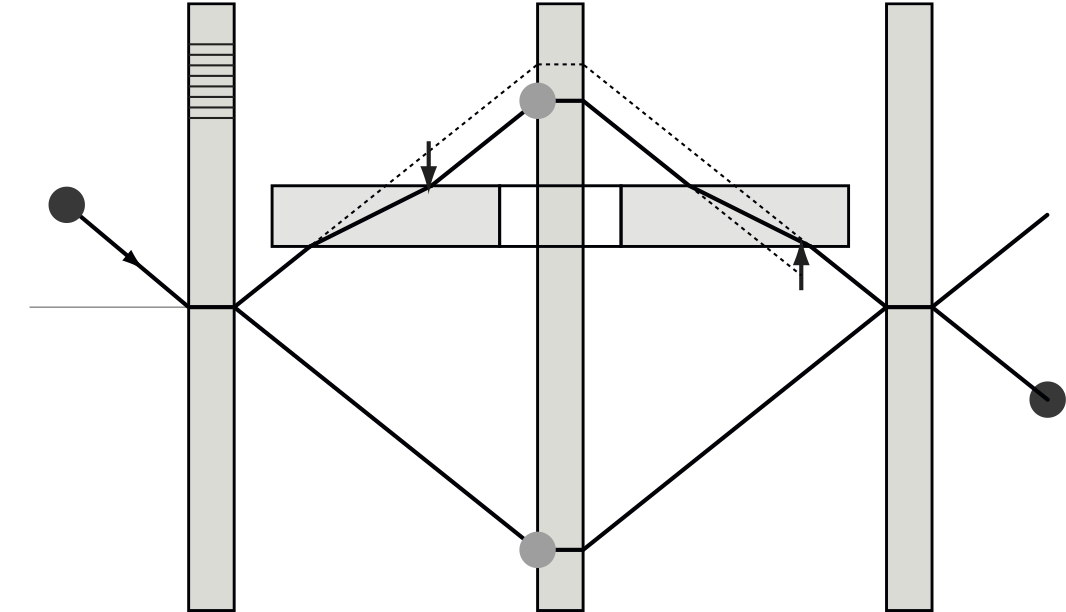 By inserting a phase-shifter plate in one of the two beam paths in the neutron interferometer (either I or II) the phase relation between the two sub-beams can be systematically varied. Here, we discuss several aspects of phase shifters in various configurations.

Thermal neutrons passing a slab of material undergo a phase shift and a spatial displacement . Both effects are coupled in the most

In the standard alignment the sample surface is perpendicular to the beam. However, there is an interesting alternative, the so-called non-dispersive geometry, which is illutrated below on the right side. To understand the benefit we have to look closely at the distribution inside the interferometer. The beam is Bragg diffracted at the interferometer blades. Bragg’s law in vector notation then reads 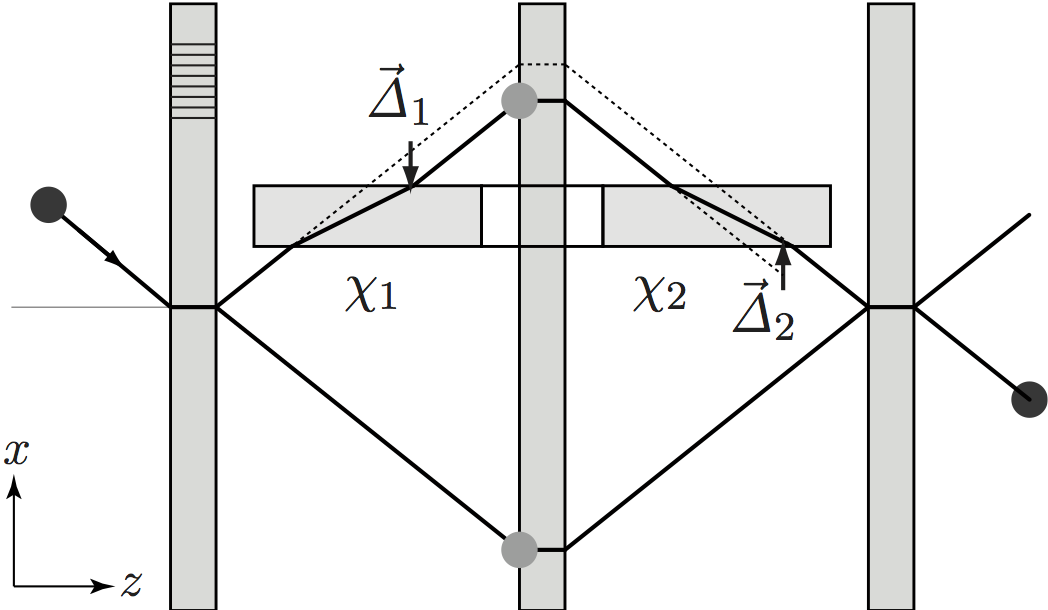 combinations of doubling and canceling phase shifts, spatial displacements, dispersion etc. 1. Of special interest is the setup consisting of two samples in non-dispersive geometry, one before and one after the mirror blade. The lateral displacement of the first sample is reversed by the second, and both beam paths of the interferometer reach the third interferometer blade at the same point. In addition, the velocities parallel to the lattice planes are not changed throughout the setup, and thus the wave packets from both beam paths reach the third blade simultaneously. The interferometer is always fully focused however thick the samples become. Still the phase shift of both samples sums up and does not vanish. Why are phase shift and spatial displacement de-coupled in this setup? It can be explained by ‘odd-order dispersion cancelation’.

To understand the non-dispersive dual phase shifter we need several ingredients. i) The phase shift created by a

ii) A general concept of wave optics are the so-called dispersion orders. We denote the phase shift of a certain wave component by and make a series expansion. It can be shown that the individual expansion orders have certain physical meanings. The zero order is the overall phase shift. The first order equals the wave packet displacement. It turns out that , which we have obtained before. The second order creates the wave packet spread. Higher orders create additional deformations of the wave packet envelope.

iii) Laue reflection is non-specular for near-Bragg wave components. The reflected wave vector is obtained by adding the

reciprocal lattice vector to the incident wave vector , see figure below. If the Bragg condition is not exactly fulfilled because the incident is e.g. slightly larger than then the reflected is slightly smaller than by the same amount. In other words, Laue reflection turns the faster components into slower ones <0 and vice versa. (To obey energy conservation, an additional vector perpendicular to the crystal surface is added to near-Bragg components. However, this does not affect .) 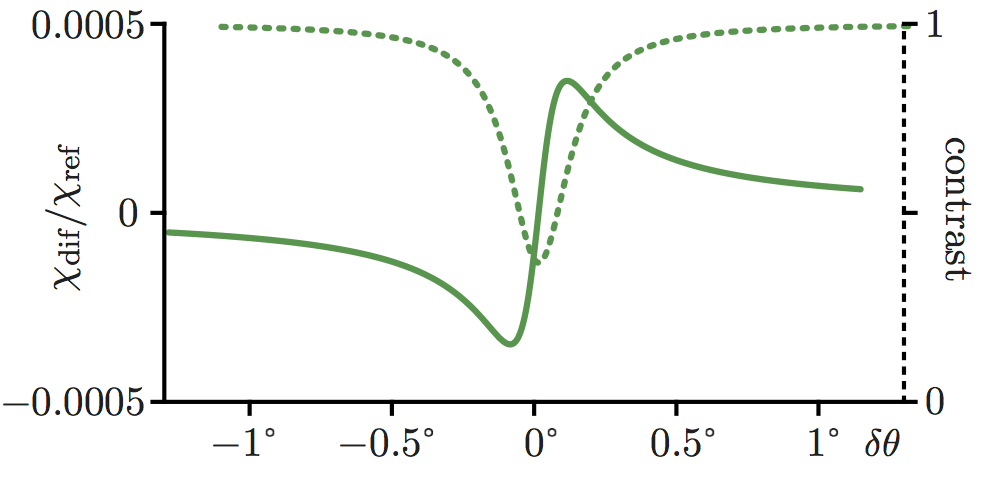 Bragg condition. This is sufficient for most applications since the reflected intensity vanishes very quickly for increasing deviations from the Bragg condition. However, the phase of the transmitted beam is influenced for much larger Bragg deviations 5. Then the following formulas are appropriate. They are valid for arbitrarily large Bragg deviations for the symmetric Laue case (the solutions for arbitrary Bragg and Laue cases can be found in 6). We get , , , , , , and . The difference to the text book formulas is, that the defined here contains the vector component inside the crystal rather than the incident component (see here for textbook version). Argument and modulus of the transmission factor are shown above.

By rotating and tilting the sample (by and respectively) one can access a whole grid of various Bragg conditions, as calculated in the plots above (left). Finally a comparison between the calculated and measured data is given above (right).