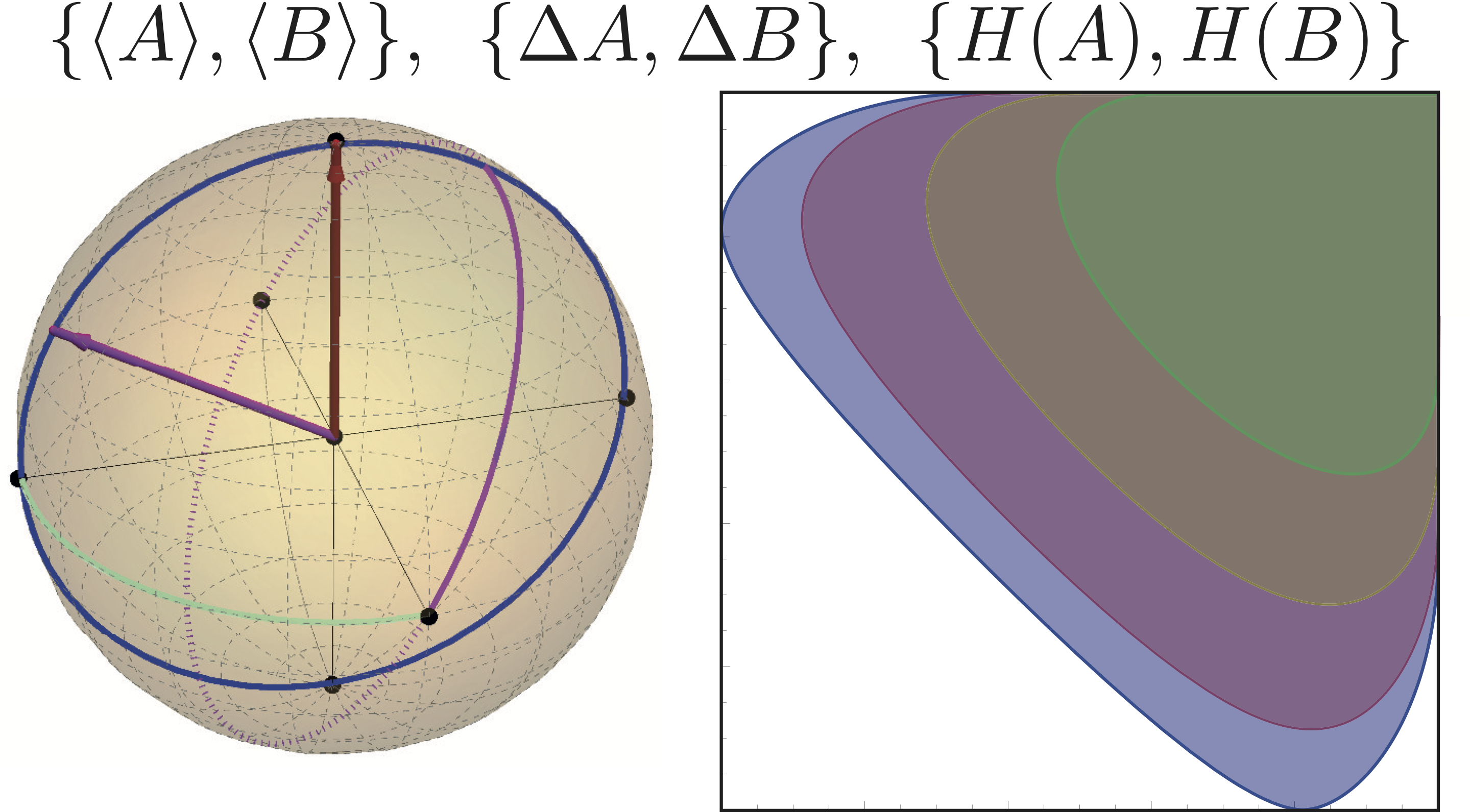 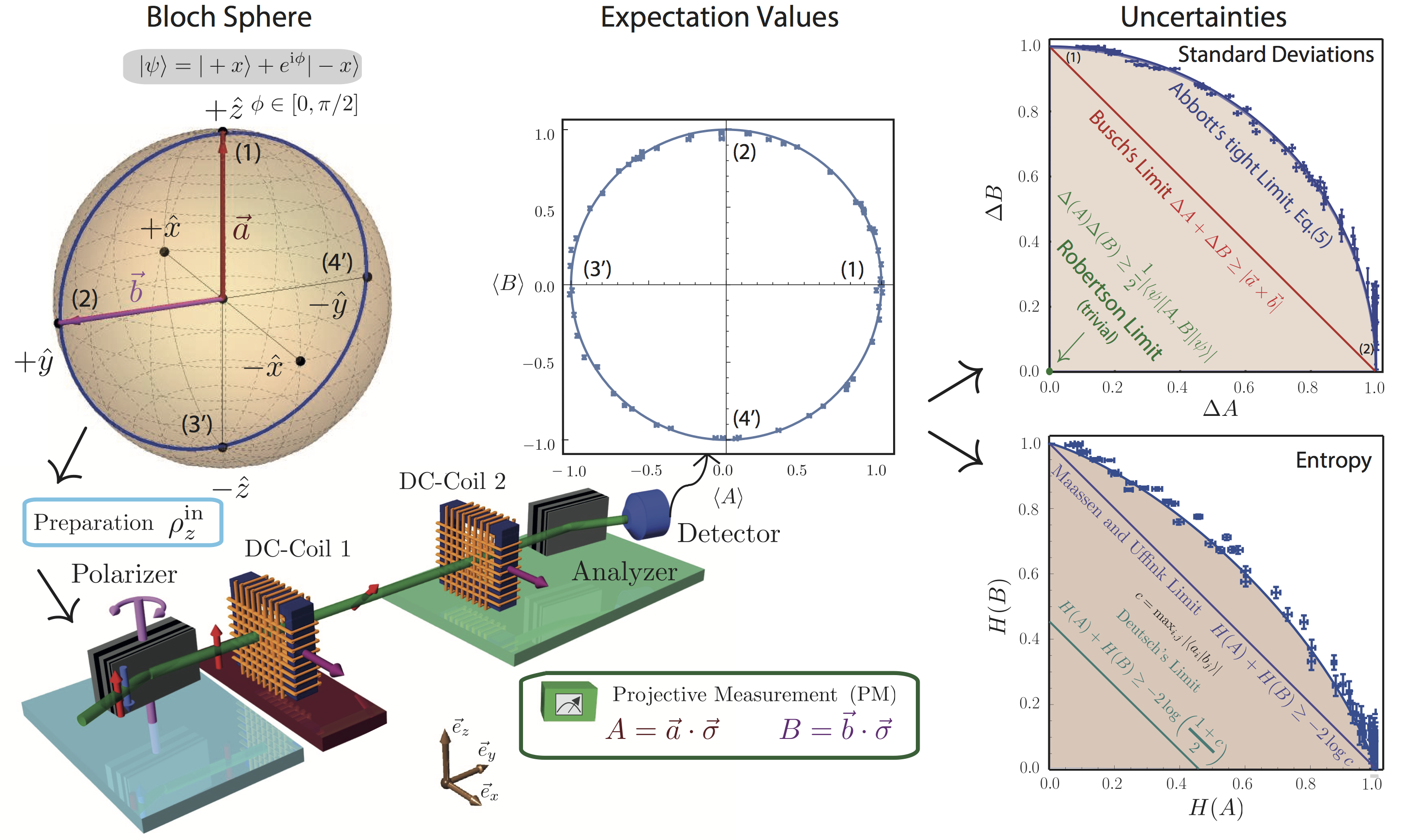 The tight relations in terms of standard deviations are compared to the trivial Robertson limit (which is zero for the given initial states) and to limits from Busch, which are only saturated in two points. The uncertainty relations in terms of entropies are compared to the suboptimal bound of Deutsch and to the well-known Maasen Uffink relations, which are saturated only in two points.