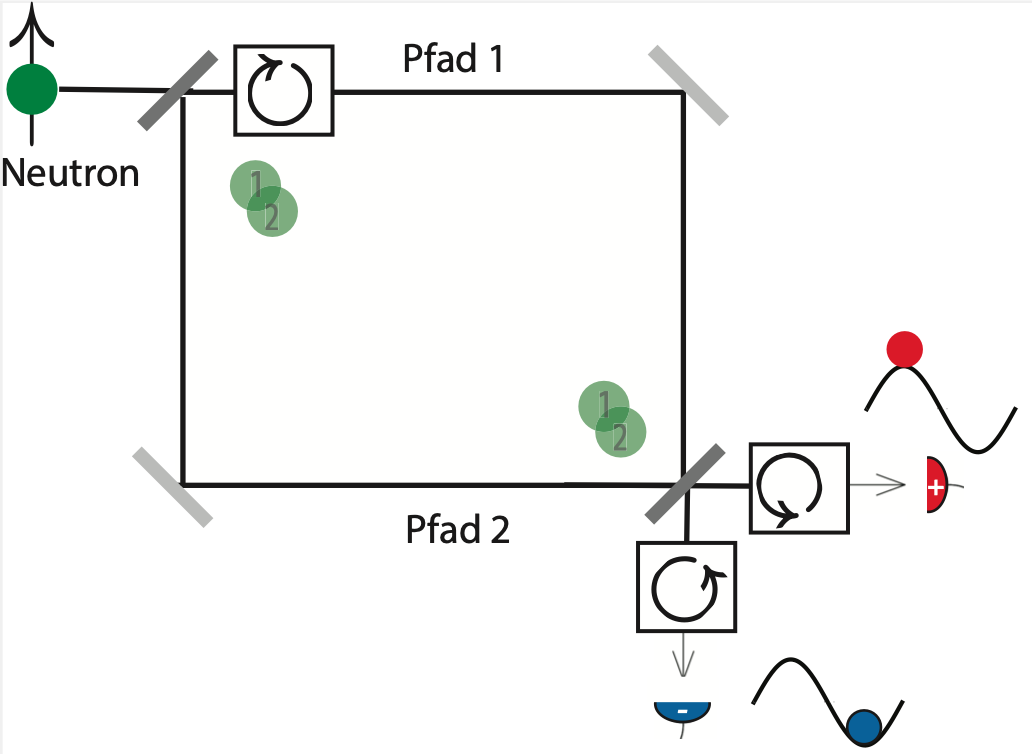 In our latest work 1 we study the which-way information of a neutron in an interferometer. The famous double-slit experiment is one of the key illustrations of the incompatibility of certain measurements as described by the uncertainty principle. If we send particles through a pair of slits, we can observe an interference pattern, but this pattern is washed out by any interaction that would tell us which path the particles took. This is often explained by the concept of wave-particle duality. Depending on the measurement, the particles behave either like a wave which is able to interfere, or like a particle which is clearly localized. However, a more careful adjustment of quantum interactions can realize intermediate cases where a combination of path information and interference is observed. Especially interesting are so-called „weak measurements“ that reduce the path information gained per particle to a minimum. Then the visibility of interference is preserved, but we still obtain the path information by repeating the measurement many times. The results suggest that individual particles are distributed over both paths, but strictly speaking these result applies only statistically to the whole ensemble and not to individual particles (see here for details of the experiment and more results). 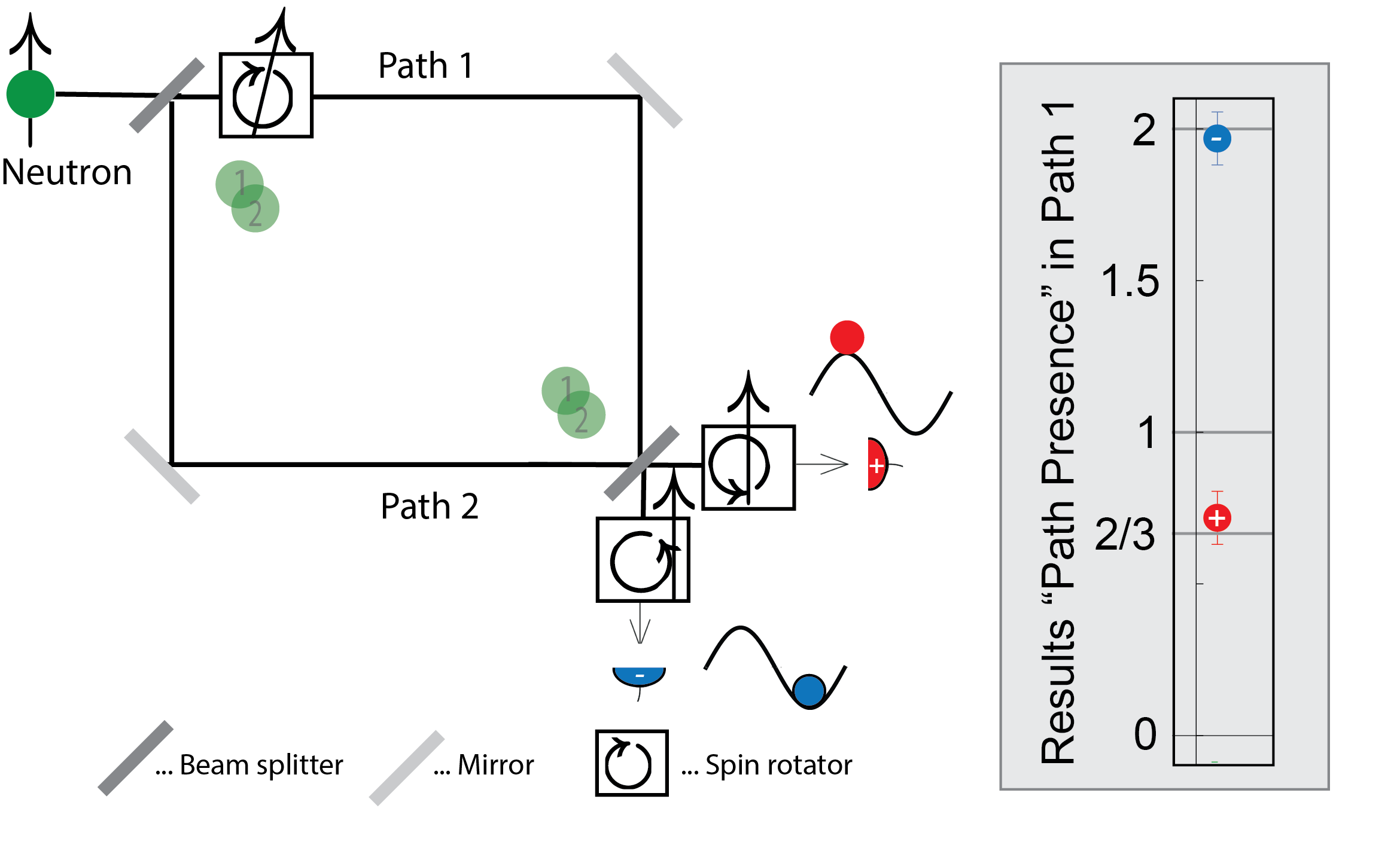 In the experiment a spin rotation by a sufficiently small angle is applied in path 1 of a two path interferometer (see figure above). Feedback compensation is a method to determine both the angle of spin rotation and its fluctuations. If the angle does not fluctuate, every neutron spin must have rotated by the same angle. Hence, the angle of rotation of each particle depends on the path occupation of the particle, and the rotation angle is a reliable record of the precise path occupation, even if it takes values other than zero or one. As before, the spin is rotated in path 1 by the same small angle. In the output port the spin is then rotated back, as illustrated. We can therefore conclude that every single particle had the same fractional path presence. The presence depends however on the measurement outcome, i.e. where the particle is finally detected. For destructive interference also multiple and negative presences can occur. For the particular example shown above the presence in Path 1 ist 2/3 for constructive interference (+ port) and a value of 2 for destructive interference (- port).

To summarise, in this work, we fill the gap using a recent theoretical proposal to evaluate the statistical fluctuations of weak measurements. We apply the method to a two-path neutron interferometer and find that the observed fractional presences of neutrons in the two paths have negligibly small fluctuations.