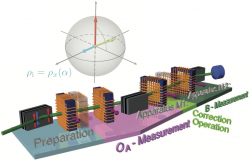 In the last decade, several universally valid forms of error-disturbance uncertainty relations were derived for completely general quantum measurements for arbitrary states.  An optimal form for spin measurements for some pure states was established recently. However, the bound in his inequality is not stringent for mixed states. Masanao Ozawa derived a new bound tight in the corresponding mixed state case, which was tested by our group. We experimentally observed the attainability of the new bound. B. Demirel et al., Physical Review Letters 117, 140402 (2016) 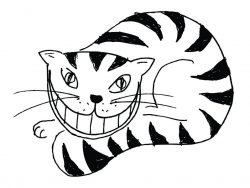 The Cheshire Cat featured in Lewis Caroll’s novel “Alice in Wonderland” is a remarkable creature: it disappears, leaving its grin behind. Can an object be separated from its properties? Denkmayr et al., Nat. Commun. 5, 4492 (2014)

Heisenberg’s uncertainty principle. is certainly one of the most famous foundations of quantum physics. According to this principle, not all properties of a quantum particle are determined with arbitrary accuracy. In the early days of quantum theory, this has often been justified by the notion that every measurement inevitably recoils the quantum particle, which disturbs the results of any further measurements. This, however, turns out to be an oversimplification. In our neutron polarimetric experiment different sources of quantum uncertainty could now be distinguished, validating theoretical results of an error-disturbance uncertainty relation proposed by Masanao Ozawa. Y. Hasegawa et al., Nature Physics 8, 185-189 (2012)