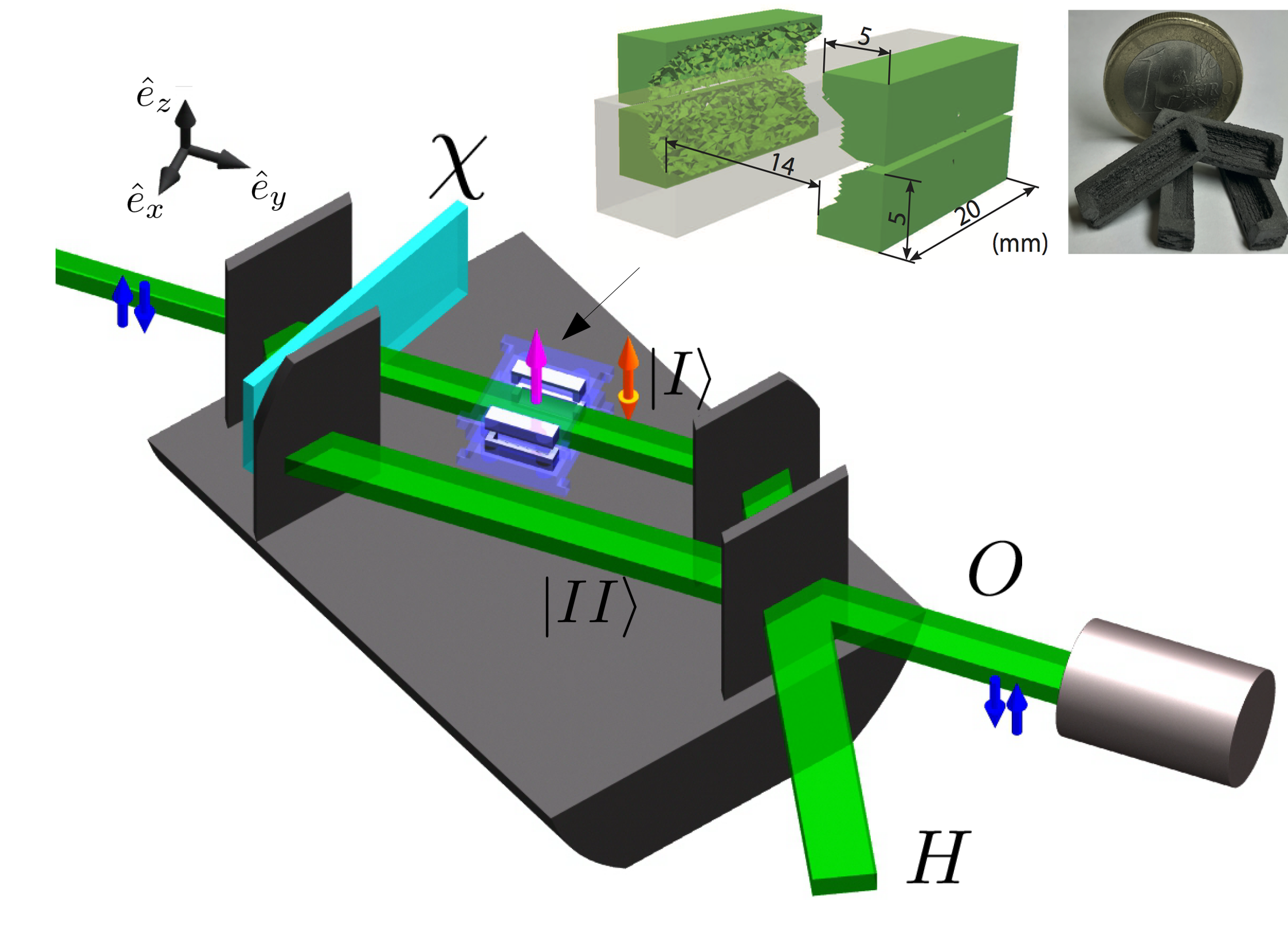 In our latest neutron interferometric experiment 1  a topology-optimized 3D-printed magnets are interesting for Larmor spin-rotators in neutron optics in general, and in neutron interferometry in particular. Using 3D-printed magnets instead of magnetic coils avoids heat dissipation, which is the the main cause of loss in fringe visibility, due to temperature gradients in the interferometer. This study applies the technique to implement an arbitrary neutronic phase gate, for rotations of up to 4 of the neutron’s spinor wave function in one arm of the interferometer. This is achieved by varying the distance between the 3D-printed magnets, while maintaining homogeneity of the magnetic action over the neutron beam’s profile.

The 3D-printed Larmor spin-rotator neutron-interference experiments were applied both, to a neutron interferometric (left), and before for characterization to a polarimetric setup (right). In the  polarimetric setup polarized neutrons are flipped into (out of) the x–y plane by dc spin rotators DC1 (DC2), where they rotate in the guide field due to Larmor precession. The arrows indicate the spin directions (blue) and magnetic fields (magenta). The 3D-printed magnets create an additional z-field, denoted as , that can be controlled by a motorized adjustment mechanism. The position of DC2 can be varied along the beam. After the spin direction is analyzed by the supermirror SM2, the neutrons are detected in a He counter tube (Det). In the interferometric setup (left) the monochromatized unpolarized neutron beam is split into two parts, paths and . Their relative phase can be adjusted by rotating the phase-shifter plate (). The 3D-printed magnets with variable z are placed in path . At the last interferometer plate, the two paths recombine and neutrons in the O beam pass on into the detector.

See here for experimental details and all obtained results.