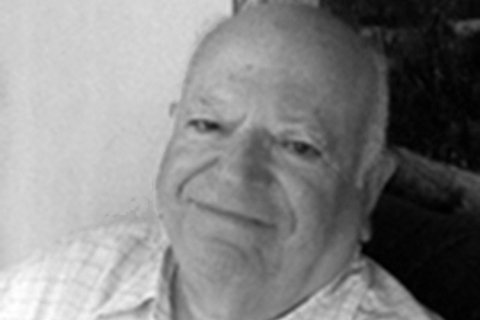 A Greenberger–Horne–Zeilinger (GHZ) state 1 is an entangled quantum state involving at least three subsystems (particles) and was first studied by Daniel Greenberger, Michael Horne and Anton Zeilinger in 1989. The GHZ state has extremely non-classical properties, which manifest not only a statistical violation, as it is the case for violations of Bell’s inequality, but in a contradiction between quantum mechanics and local hidden variable theories. The GHZ argument is independent of the Bell approach, and shows in a non-statistic manner that quantum mechanics and local realism are mutually incompatible. The general form of a GHZ state of M > 2 subsystems is given by . The simples form of a GHZ state is a tripartite entangled system, where the objects are spatially separated, being an element of the product Hilbert space  and given by . Here and (or correspondingly and ) are the eigenstates of with the corresponding eigenvalues +1 and -1, and . Next local spin measurements, for different orientations, are performed. For example for a -measurement, the observables , and  are measured on the corresponding composite system, which is illustrated below.

An easy way to calculate the expectation value is to decompose the GHZ-state in the eigenfunctions of the measurement operator: in the case of a measurement system A in y-basis, B in y-basis and C in x-basis. For photons we get in the in rotated basis with polarization along ±45° , . Right and left circularly polarized photons take the form , and . This finally yields:

The quantum-mechanical expectation value can be calculated easily (+1 for every and -1 for every  , with i=A,B,C and j=x,y, which yields . Due to the symmetry of the state the result remains the same for the other two measurements:  The unique property of this system is that the result of the x-measurement of one system can be predicted with certain, when the results of the y-measurement of the other systems are known. Analogously, the result of one y-measurement can be predicted of the results of the other y-measurement and the x-measurement are known. From the point of view of a local realistic theory this behaviour can be reproduced simply by addressing predefined value to the individual spin measurements. Let for example be the predefined result of the   measurement, which can only be +1 or -1. A simple combination of of values, reproducing the quantum mechanical results from above is given by  and , which gives , , and , and finally . However the predictions of quantum mechanics are not only different, but the complete opposite: Now the GHZ state is expressed in a –basis

which yields . Here a rigorous contradiction between the predictions of local-realistic theories and quantum mechanics has been disclosed.

Another important property of the maximally entangles GHZ state is that if a measurement on one of the subsystems is performed in such way that it distinguishes between the states 0 and 1, i.e., a -measurement, the system will be left behind in a unentangled state. Dependent on the result the state is given by  or  , for results -1 and 1, respectively. On the other hand if the measurement on the third particle is carried out in another basis, for instance x, a completely different behavior is observed. The GHZ state can be written as . Independent of the result, in either case, the end result of the operations is a maximally entangled Bell state.

The second class of so called non-biseparable three qubit states is found by the W-state 2 (biseparable means that one can find a partition of the parties in two disjoint subsets A and B, expressed as  , or in other words is a product-state).  In its original form a W-state is defined for three qubits and given by . It is impossible to transform the W-state into a GHZ state applying local quantum operations. An interesting property of the W-state is  if one of the three qubits is lost, the state of the remaining 2-qubit system is still entangled . This robustness of W-type entanglement contrasts strongly with the GHZ state, which is left in a fully separable state after one of the three qubits is lost (see above). The generalized form of the W-state for m qubits as a quantum superpostion with equal expansion coefficients of all possible pure states in which exactly one of the qubits in an “excited state” ( ) which can be written as .

back to GHZ & W state preparation