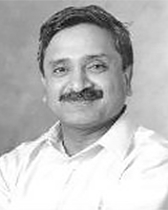 Ever since the very beginning of quantum theory there has been the debate over the question of whether measurable quantities have definite values prior to their measurement. The most prominent example of a situation where the predictions of quantum mechanics are incompatible with a large class of classical theories are violations of Bell’s inequality (see here for details of the theory), obtained in various different quantum systems such as photons, entangled trapped ions, neutrons, solid-state quits, entangle electron spins of two nitrogen-vacancy, or in a many-body system composed by about 480 atoms in a Bose-Einstein condensate, each experiment ruling out local realism. A detailed list of relevant Bell test is given here. Arguing in the same manner to that of Bell, an inequality was derived in 1985 by Anthony James Leggett and Garg that can be seen as a Bell’s inequality in time. The Leggett – Garg inequality (LGI) is fulfilled under two assumptions: (i) the system is always in one of its macroscopically distinguishable states, and (ii) this state can be measured in a non-invasive way, i.e., without perturbing the subsequent evolution of the system. Quantum mechanics however contradicts both assumptions, which manifest in the occurrence of correlations and leads to a violation of the LGI.